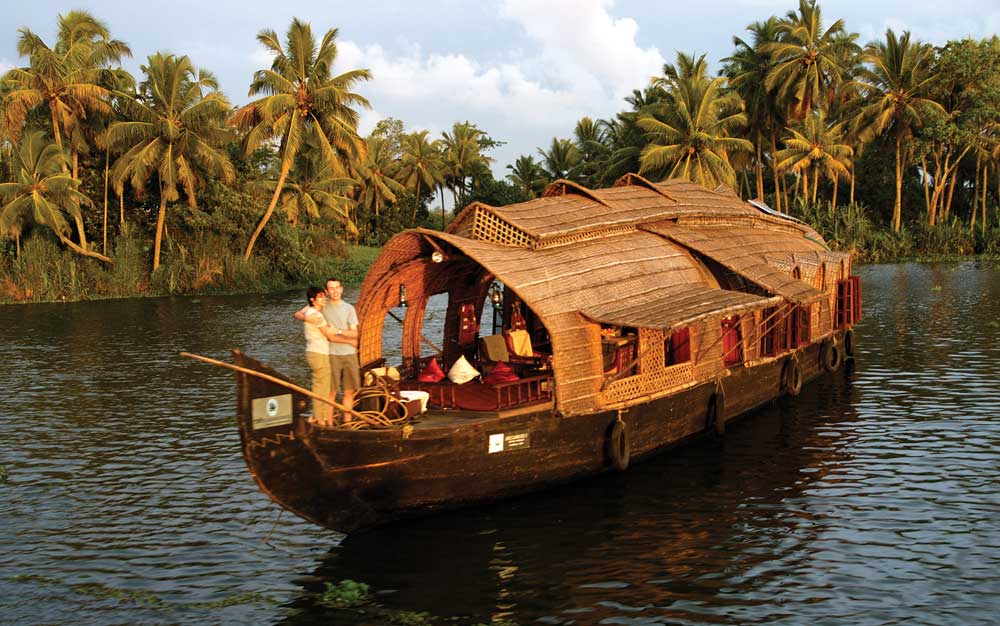 1. Chembra Peak and the heart-shaped lake

Trekking to the summit of one of the Western Ghats’ highest peaks might not be everyone’s idea of a romantic getaway, however those with a shared passion for the outdoors should definitely consider Chembra Peak. Not only is the mix of palms, tea plantations, and native animals a beguiling one, but along the route to the summit you’ll also reach a small heart-shaped lake which legend has it has never run dry. 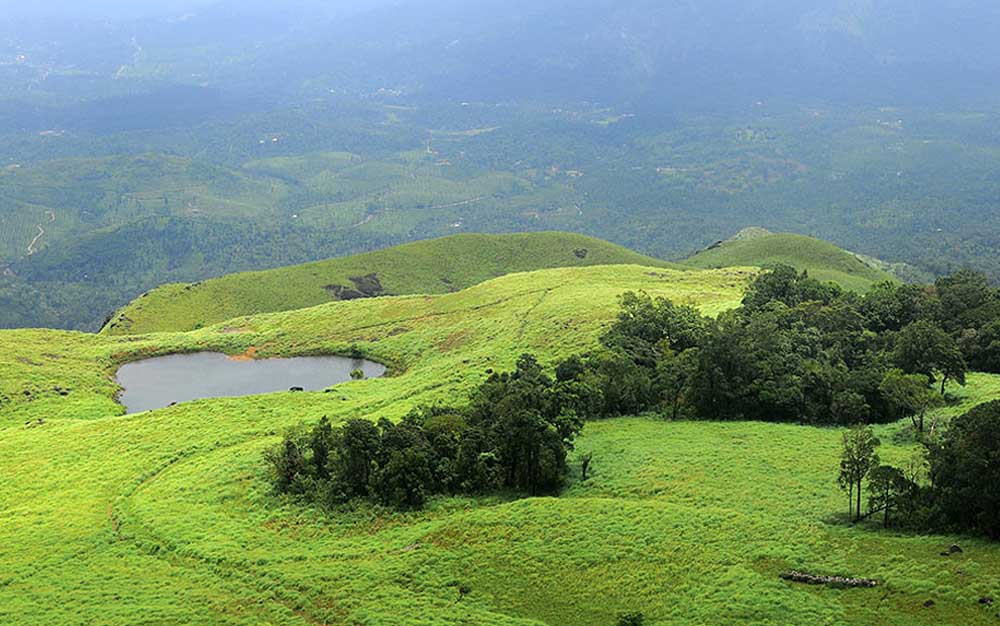 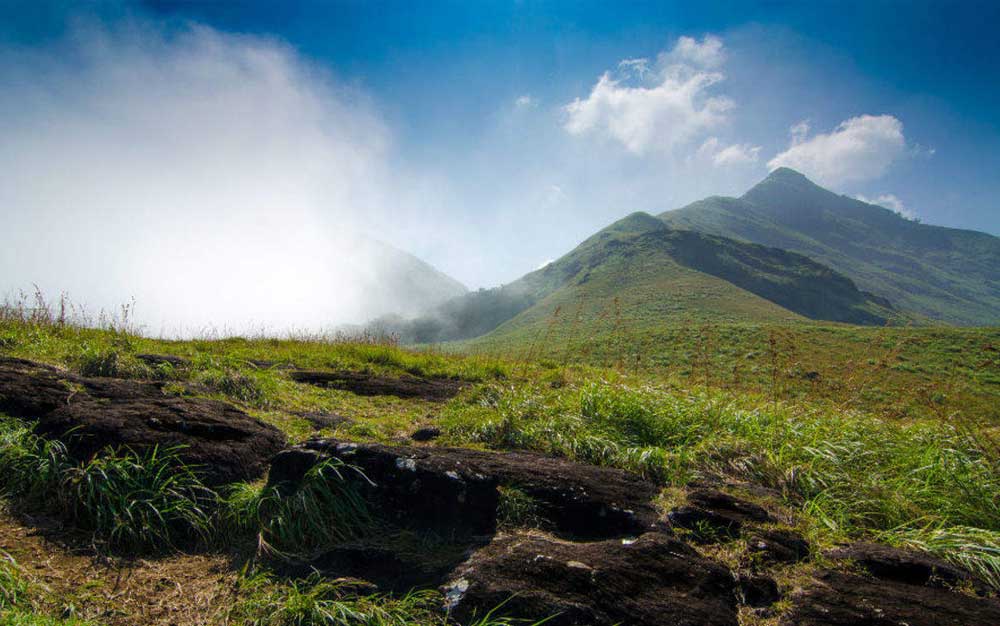 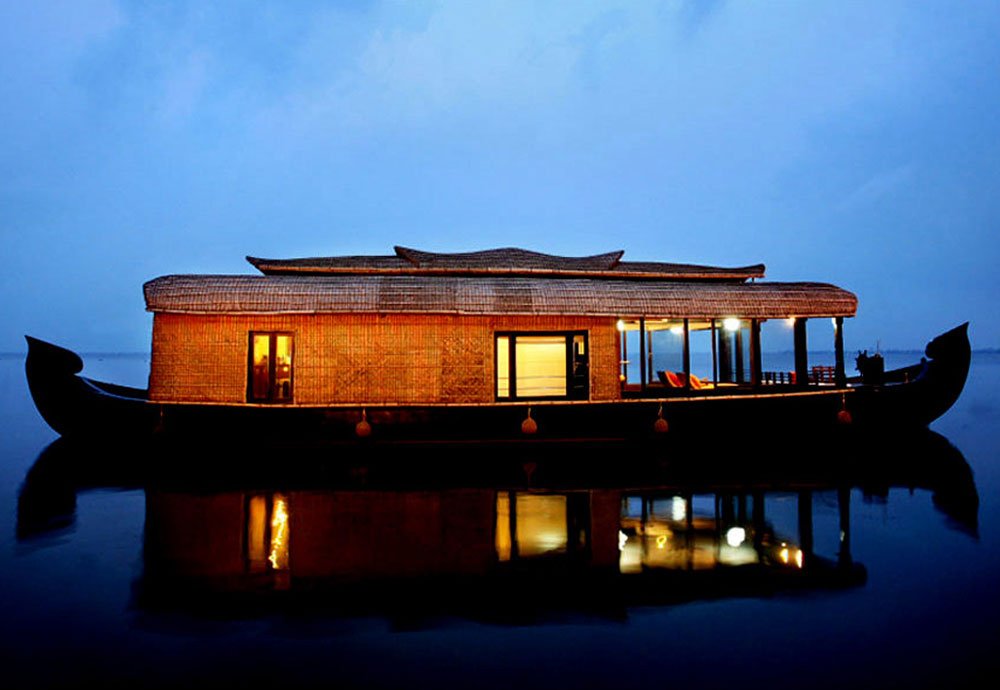 The town of Alappuzha (also known by its pre-independence name of Alleppy) is the centre of Kerala’s houseboat industry thanks to its proximity to the network of canals and saltwater lagoons that together form Kerala’s famed backwaters. There can be few more romantic places in Kerala than the traditionally-made furniture of a houseboat reserved just for you as you drift along these calm waters hand in hand as a butler brings you chilled drinks from the onboard kitchen. 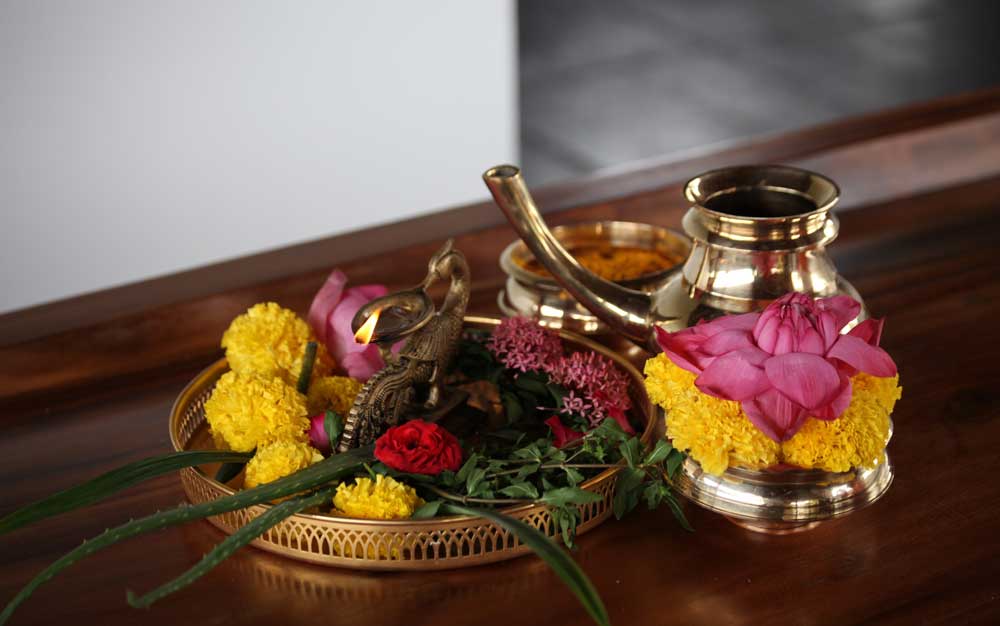 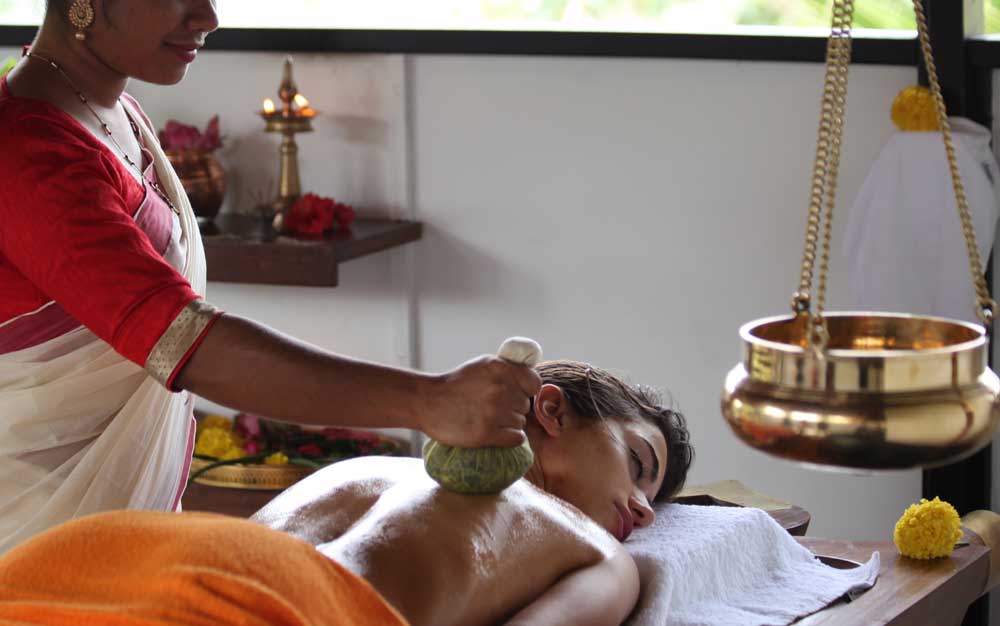 The mind is as important as the body when it comes to health, and Kerala’s long-practiced ayurvedic treatments serve both excellently well. Easy to come by with all the best hotels and resorts offering ayurvedic packages in relaxing spa surrounds, join your partner in a couples’ massage session and feel your stress and muscle tightness disappear beneath the hands of expert practitioners who continue a form of healthcare that has a history some several thousand years long.

Kerala has no shortage of beaches facing out onto the warm waters of the Arabian Sea from pristine sands. Long part of the state’s tourism scene, Hawa Beach in Thiruvananthapuram has lost none of its charm. Almost orange sands slope down into the gently lapping waters, while the edge of the beach is dotted with simple shacks serving up extraordinary portions of freshly-caught seafood. If you fancy a short walk, head over to the nearby Lighthouse Beach, so named because of the red and white lighthouse that stands guard over the bathers at one end. If you make it up the spiral stairs to the top, fine panoramas await. 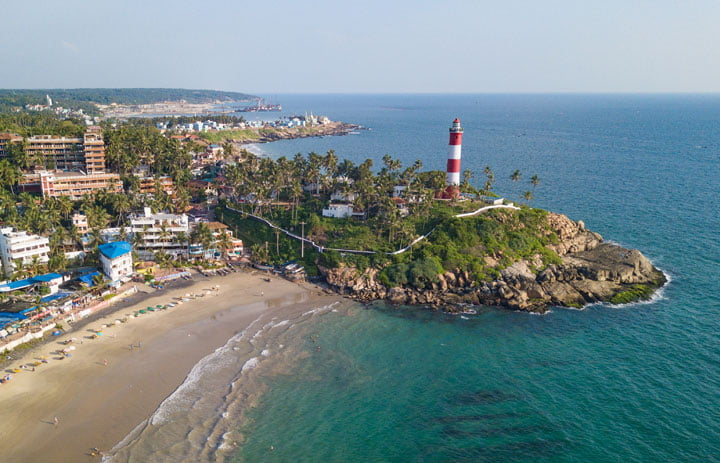 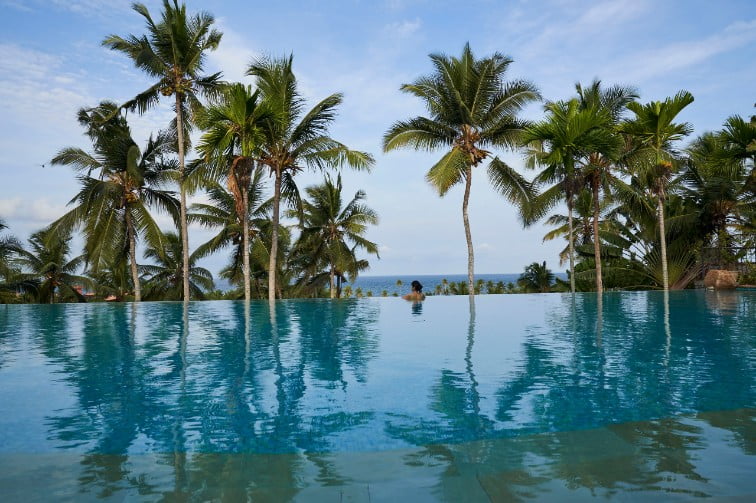 It won’t take you long to realise that Eravikulam National Park is another of the most romantic places in Kerala. Not only is it one of the last strongholds of the endangered nilgiri tahr (a type of very lovable goat), but it boasts some spectacular scenery that just wants to make you turn to someone you love and say ‘wow’. Primarily grassland intermixed with shola mountain forest, you’ll also be able to admire Anamundi, India’s highest peak south of the Himalayas, and stop by Lakkam Waterfalls. 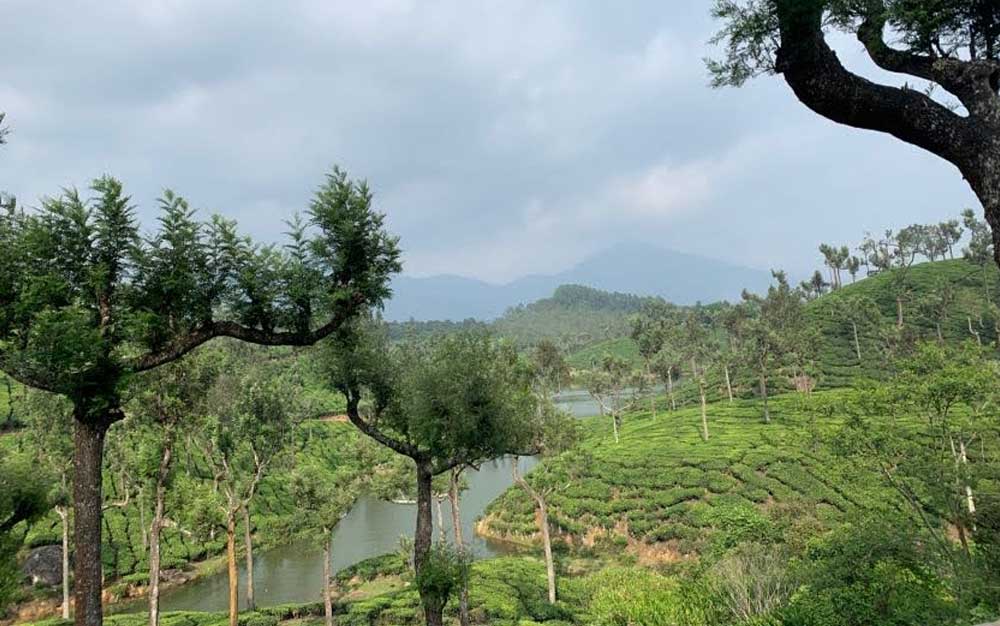 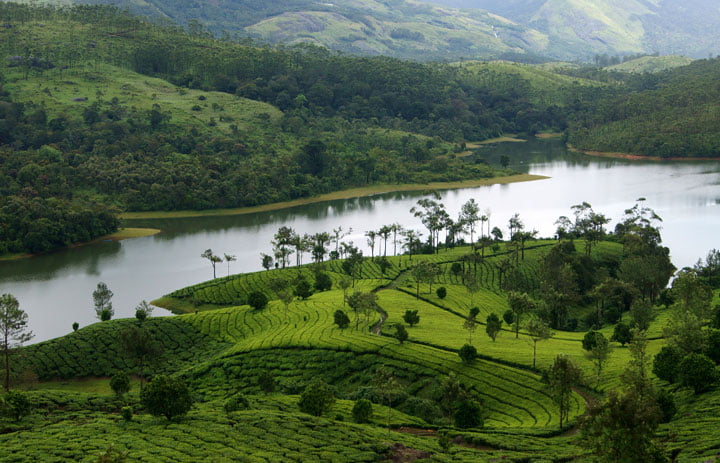 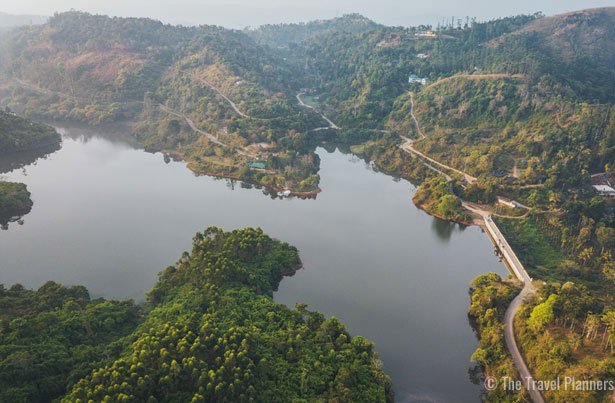 To sit sipping at a warming cup of black tea as the sun sets over the bushes that your leaves came from is another magical experience not to be missed while in Kerala on a romantic break. Comprising one of India’s largest growing tea areas, there is something immensely romantic about gazing out across the neatly clipped rows of tea bushes, whatever the time of day. This hill station’s Kannan Devan Tea Museum is well worth stopping by to discover more about the long history of the drink, while the rolling hills here are also home to many of the spices that first made Kerala’s name, including cinnamon and clove.

Constantly lapped by the waves, Bekal Fort in the far north of Kerala was built in around 1650 by an Indian king by the name of Keladi Shivappa Nayaka and in covering some 160,000 square metres is the largest anywhere in the state. Its coastal location means it has some spectacular vistas, particularly as the sun turns the sky gold as it sinks below the horizon. However, the fort is also home to some majestic landscaped gardens that are perfect for strolling around in relative seclusion. 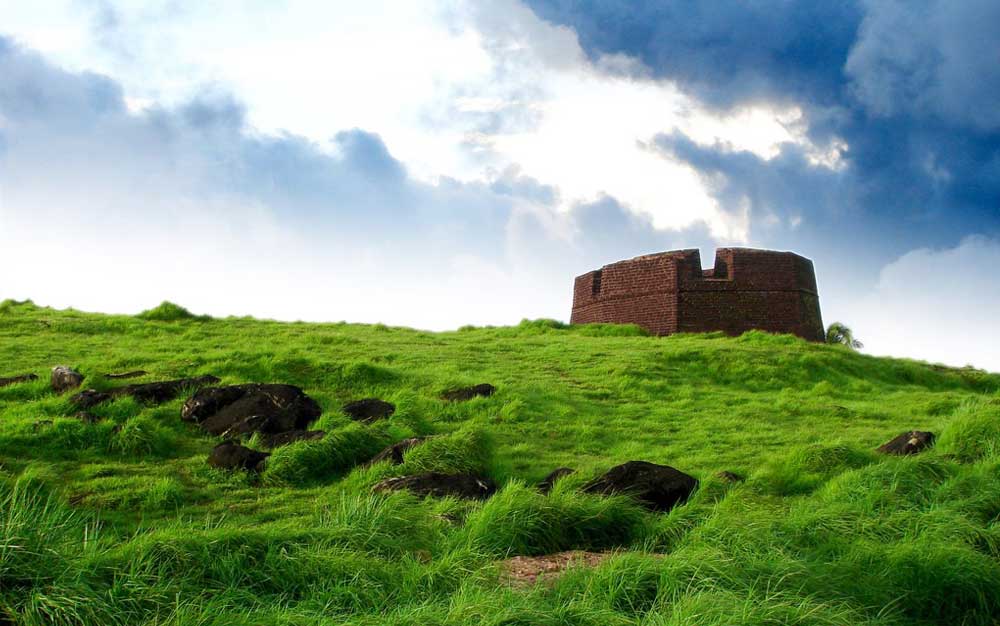 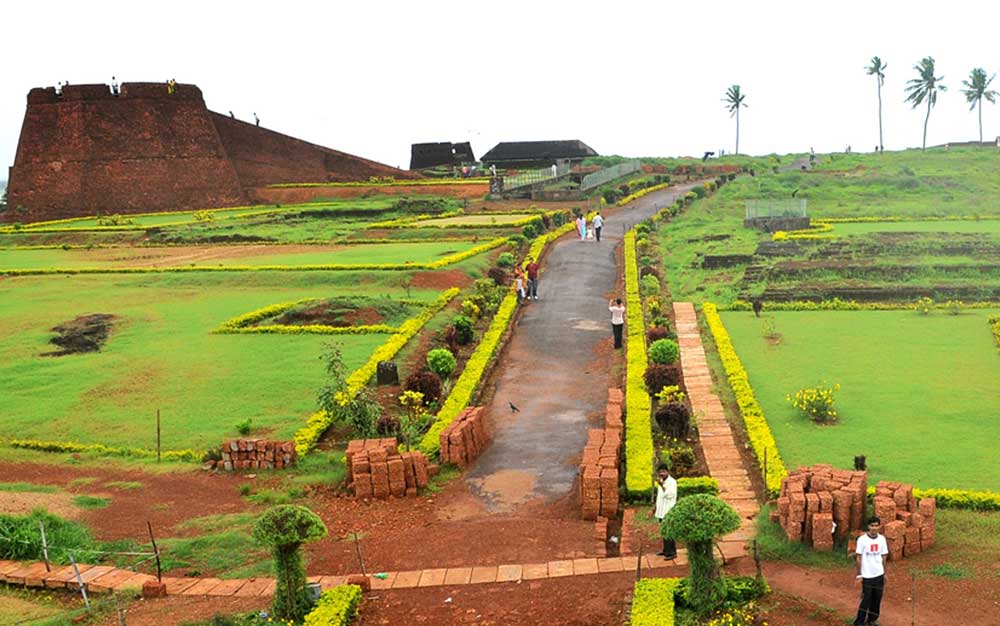 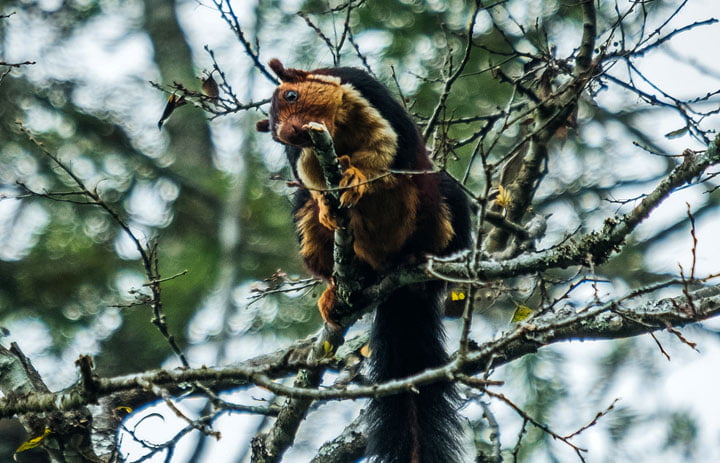 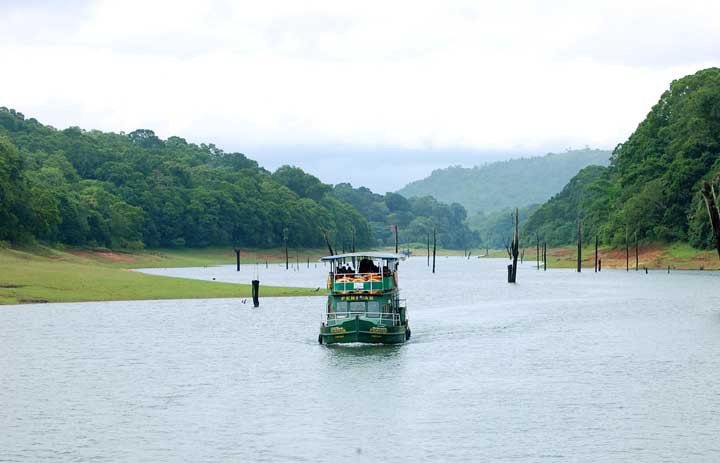 Bordering the neighbouring state of Tamil Nadu in the south of Kerala, Periyar Wildlife Sanctuary is one of the few places in God’s Own Country where there’s the chance to catch sight of the Bengal tiger, an animal that immediately brings to mind thoughts of majesty and romance. Sat within the beautifully named Cardamom Hills, it consists of perfect tiger habitat – sometimes steep wooded hills. If you fail to see its 40 tigers, you’re more certain to catch sight of its elephant population, or the chattering monkeys that jump from tree branch to tree branch above you, while boat cruises on Periyar Lake are another excuse for staying close to that special someone. 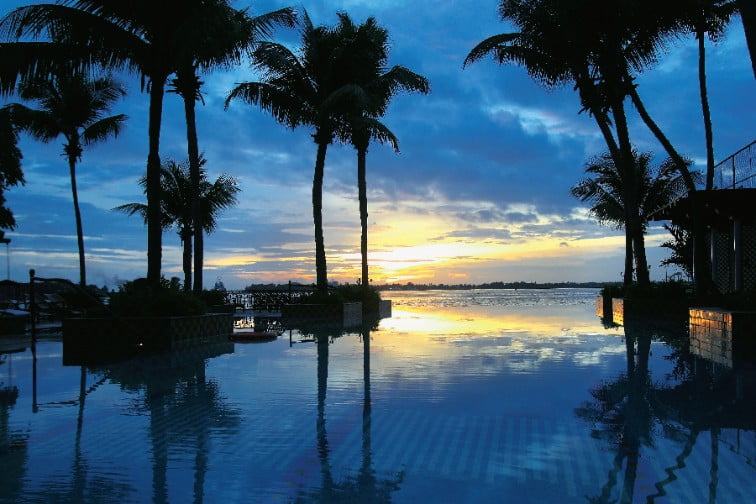 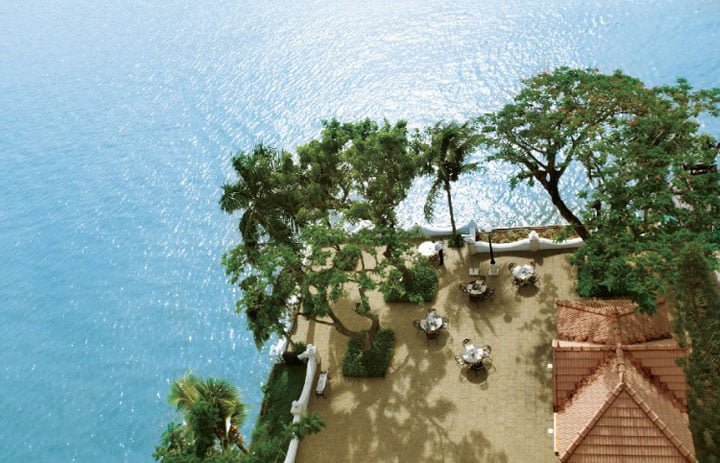 The so-called Queen of the Arabian Sea is another of the romantic places in Kerala that shouldn’t be missed. One of the most visited destinations anywhere in India, it offers couples an elegant blend of history, tradition, and culture. A main draw are the ‘Chinese-style’ triangular fishing nets that hang over the shallows in and around the city. As the very first European colony in the country, it has a wealth of attractions with which to pass the time, while the city is also the location of India’s first arts biennale. 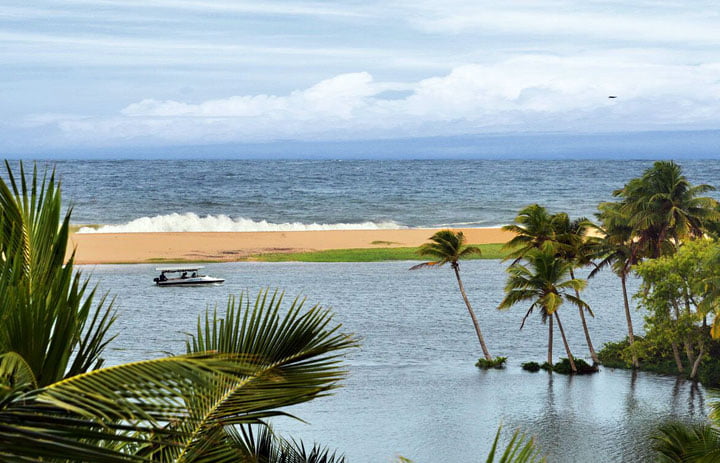 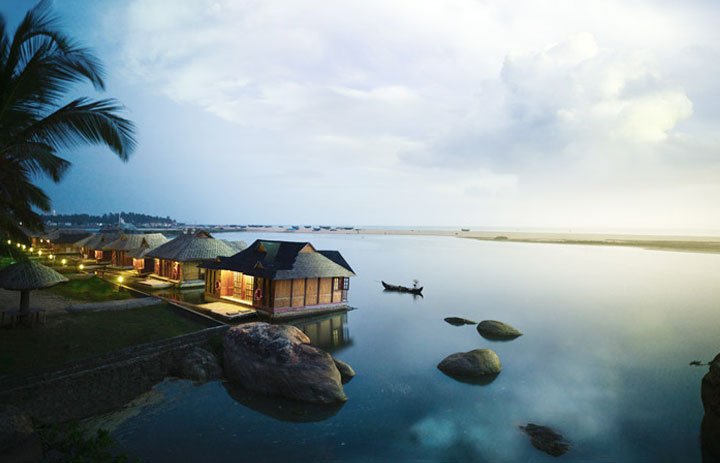 Your luxurious time on Poovar Island starts as it means to go on, with a charming boat trip to an island that is celebrated as one of the best honeymoon destinations in the country because of its combination of stunning natural beauty and excellent amenities. The beaches here are second to none, with fine clean sands shaded by mature palms. Accommodation options have panoramic views to die for, ayurvedic massage on tap, and outdoor dining that connects the island’s wondrous natural setting with fine dining.

Kerala’s incredible natural beauty, intriguing history, and magical culture ensure it is a part of Indian that doesn’t lack romance. Whether its exploring museums, hiking in pristine countryside, enjoying the beach, or sampling local traditions, you’ll be glad you chose Kerala for your romantic escape.